5% discount on Storage Drives from Salon for my readers with the promo code ‘TALES’. http://www.salonprosales.com

Emerging writer/director and for some time now professional film editor. 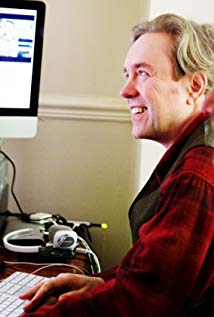 Why directors make their mark ☛

One thing that distinguishes many successful directors is their tendency to leave their own personal stamp on a film. From Woody Allen to Ken Loach, Spike Lee to Tarantino, directors whose names we know often give their films such a distinctive feel that, were we to be dropped into one of their movies half way through, we could probably guess who was at the helm. How do they do this and why?

First, what is directorial style? Martin Scorsese in his Masterclass claims not to know what his style is: the way that he makes movies just comes naturally to him. He leaves it to others to identify his style. Wes Anderson – one of the most distinctive of directors, with his centred compositions on flat angles, his sideways camera movements, his retro art direction, deadpan humour… – describes his style as his ‘handwriting’. In both cases their styles are a mixture of where they put the camera, how they move it, how they cut, direct actors, and a thousand smaller decisions, many of which they make unconsciously.

However both of the comments above are a little disingenuous. I say this because, on the whole, to have a really distinctive directorial style takes extra time and resources. It may require skill to shoot a scene in such a way that the camera is in the best possible place to see the action and to compose shots in such a way that the drama of the scene is emphasised – this is good directing, but it is not necessarily stylish. Style usually takes more setting up, be it art direction, lighting, camera track or rehearsal time with the actors. Putting the camera on the ceiling is stylish, but fixing it up there eats into your schedule. Even seemingly low-maintenance styles, like the handheld camerawork used by Loach or Paul Greengrass, require a really experienced camera operator to execute them well, and those guys don’t come cheap. This is one reason why big name directors can have a signature look, whereas most directors of soap operas do not.

And yet most of the directors I’ve mentioned got where they are through a debut feature made with limited means, in which we see at least the genesis of their style. Sometimes the style is even born fully formed; this was the case with Hal Hartley’s The Unbelievable Truth.  How did they do it? Often the answer is through bold choices. Sometimes this is to shoot a scene all in one shot, whether it be a traveling shot or a static master. Japanese director Yasujiro Ozu routinely placed his camera about three feet from the ground and rarely if ever moved it during the shot, a style that certainly would save time on set. Sometimes limitations force boldness. I remember hearing that on Danny Boyle’s directorial debut, Shallow Grave, they had painted the room rented to Keith Allen’s character an eye-catching shade of green. When the paint dried, however, they decided it might be a bit too bold. Then they discovered that they didn’t have the money to buy any more paint – they had to live with it.

But why take so much time and effort to create a signature style? Filmmaking is hard enough as it is. Cynical though it may sound, I think part of the answer is branding. Whereas a certain story might call for a certain style, applying the same style to all your films implies that you are drawing more attention to yourself as a director than to the story. I’m being uncharitable. I think the real answer is creating audience trust; the director is persuading us to buy in to the story. Bold stylistic decisions take confidence, and audiences trust a confident storyteller. A coherent style, kept throughout a movie, also takes consistency, and that is another quality audiences trust. Whether our storyteller is flamboyant, like Baz Luhrmann, or quietly charismatic, like David Fincher, we adjust our expectations according to that voice and settle in to be told a tale. The director’s consistency from one film to the next increases our trust in their story-telling ability, as well as encouraging us to turn up to see the next thing that they have to show us.

For this reason, directorial style is usually most noticeably on display right at the start of a movie. This is when we need not only to capture our audience’s attention but also to earn their trust. It is also often when the audience is being fed all the information they’ll need in order to appreciate the story to follow; what better time to do something entertaining to distract from the exposition. A common trick is the long developmental shot. The most famous example of this is Orson Welles’s 12 minute long opening shot in Touch of Evil. The Player, A History of Violence, Panic Room and Gravity are just a handful of other films where the director has displayed their virtuosity right from the first frame (I’ve written more about this here).

That said, having a signature style is not compulsory. Ang Lee famously adopts a different style for every project. Then there are directors who have stylistic tastes but nothing as rigid as a house style – think of Sam Mendes, Kathryn Bigelow, Sidney Lumet, Francis Ford Coppola, Ron Howard. They, like many fellow directors, are more focused on finding a style they feel best suits the story at hand.

Whether or not a director has a signature style is not, I think, entirely a decision that they make. As Scorsese says – that’s just how he makes movies, it comes naturally that way. Sit down and consciously decide on a house style and it may end up looking forced. More likely, you just won’t be able to keep it up – it would be like putting on an accent that is not your own. Best to adopt a style that comes naturally to you for whatever project you’re given. If that develops into a house style then, by all means, settle in.

Dedicated to making the world a slightly stranger and more mysterious place. I'm a freelance film-maker, working mainly in post-production, editing small projects and assistant editor on bigger feature films. I've written five feature film scripts (as yet unproduced) and directed a number of short films. All this is pretty much an excuse for watching more films than is strictly healthy. When not watching movies I'm either taking long walks around London or acting in a louche manner in Soho somewhere. View all posts by guyducker